I was never so interested in Coffee till I happened to visit Stockholm, the super-stylish capital of Sweden. It was here that I learnt the “Art of Swedish Coffee Break”, popularly known as “Fika” – and that Coffee is not just Coffee, it’s a lifestyle! The word “Fika” acts as both a verb & a noun to indicate a time of the day when people take a break & enjoy a cup of coffee, preferably & traditionally with a baked good to go along. It’s also a great excuse to catch up with family & friends & while Swedes are a very quiet lot I realized they value & love maintaining their close relationships. They value the privacy of people, especially if you are a stranger to them or a guest at their home (like we were at Peter’s & Sigrun’s – more about that later in the blog) but they are extremely helpful & generous & can be great conversationalists. 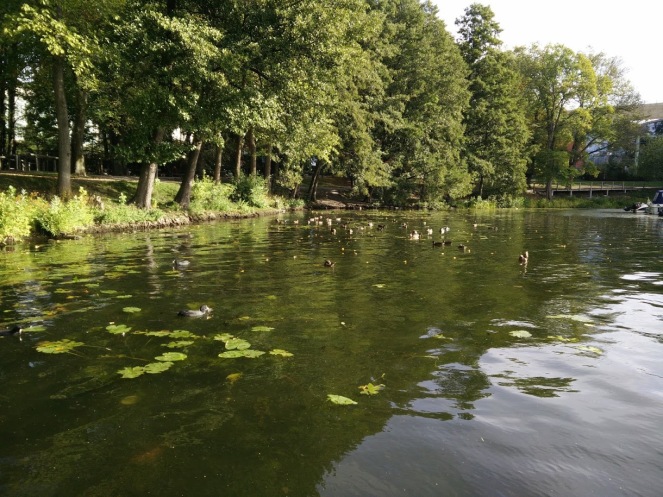 It is built on 14 islands connected by 57 bridges. It has over 750 Years of history (!!!!), over 70 museums & an opulent cultural life. But despite the well-preserved historic core, Stockholm is no museum – this super-cool city is modern, dynamic & ever-evolving.

I was awestruck by the way in which the city was laid out. There were separate lanes for cyclists, separate lanes for walking, over-bridges, under-passes & an extensive inter-city train line (metro). Stockholm is one of the most populous cities in Scandinavia – there were cyclists, joggers, walkers, cars, buses, kids on skates & men & women with prams (single & double!!) – Yet there was no congestion. We walked the city all day – from one corner to another – and there was not a single moment of inconvenience. It is truly a futuristically planned city.

Another thing I observed the moment I stepped out in the city was how much people loved to walk & cycle. I also saw people jogging & working out (Stockholm has a lot of these open gyms next to its calm lakes – a perfect setting for working out) at random times throughout the day. Morning – afternoon – evening – men – women – kids – old – young – everyone was on the roads & on their feet – sweating it out!

Other than the art of having coffee & the art of staying fit, Stockholm also taught me the art of reading maps! This was one thing I thoroughly enjoyed throughout my Scandinavian travel. And the travel maps available at the tourist centers (for all the cities we went to) were so elaborate & well-explained that we hardly ever thought of opening up Google maps! It was incredible – I felt like a navigator on an expedition ready to explore something!

Stockholm is jam-packed with things to do – with a truly never-ending list. You can stay for a week and not run out of things to do. However, with 3 days in the city, this is how our itinerary looked like – 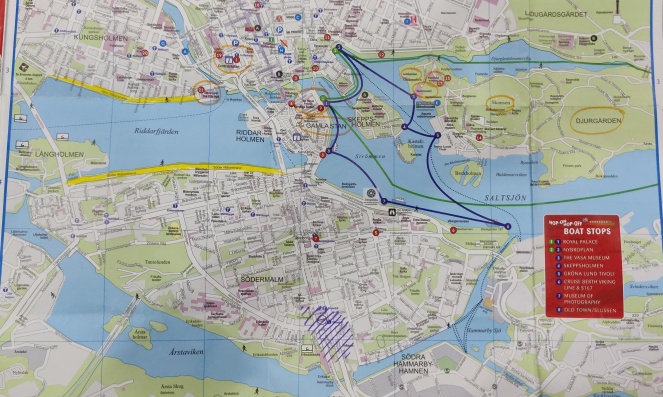 While planning my trip to Stockholm, I read somewhere that Sweden managed to stay neutral during World War – 2 & thus was never bombed. Hence the city has some of Europe’s best preserved medieval city centers! Gamla Stan (also called City’s Old Town) is definitely the heart of Stockholm. Gamla Stan’s countless intriguing narrow winding cobblestone lanes have a character of their own. The old town is adorned with rustic colorful buildings & boasts of a plethora of cool cafes & restaurants serving Swedish cuisine, of course, but also some of the best cuisines from around the world. As the day light fades, the old town is brightened up by the jewel-like lights hanging in the streets & from the cafes.

Gamla Stan is a treat to both the eye & the tongue.

The Royal Palace of Stockholm is one of the largest palaces in Europe with over 600 rooms, 11 floors & several museums. It is the official residence of the King of Sweden & is also the workplace of the Royal Court of Sweden. It is located on Stadsholmen, walking distance from Gamla Stan.

Apart from the Royal Apartments, the palace has three museums steeped in regal history: the Treasury with the regalia, the Tre Kronor Museum that portrays the palaces medieval history and Gustav III’s Museum of Antiquities.

During the summer months the Royal Chapel is also open, as well as the Riddarholmen Church – the royal burial church, which is about five minutes’ walk from the Palace.

The Palace also contains the Armory, with royal costumes and armor, as well as coronation carriages and magnificent coaches from the Royal Stable. The parade of soldiers and the daily changing of the guard is something that should not be missed!

Tickets to the palace can be booked @ https://www.kungligaslotten.se/english/royal-palaces-and-sites/the-royal-palace/opening-hours.html 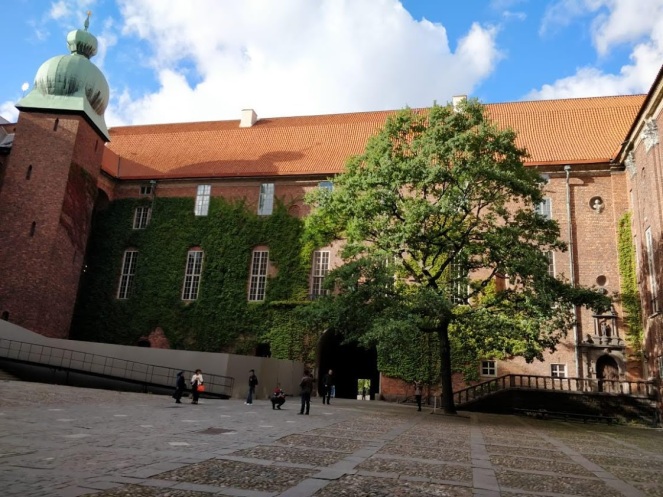 Djugarden is a like a museum island – with several museums concentrated in one place. It is quite a convenient idea & one could easily spend an entire day here. The best way to get to Djugarden Island is on a ferry. Ferry is actually quite a normal public transport in Stockholm. It is also a great way to see the city. No additional boat tours required. It is as easy as boarding a bus!

There are a lot of walking guided tours available to explore the island & its many museums. 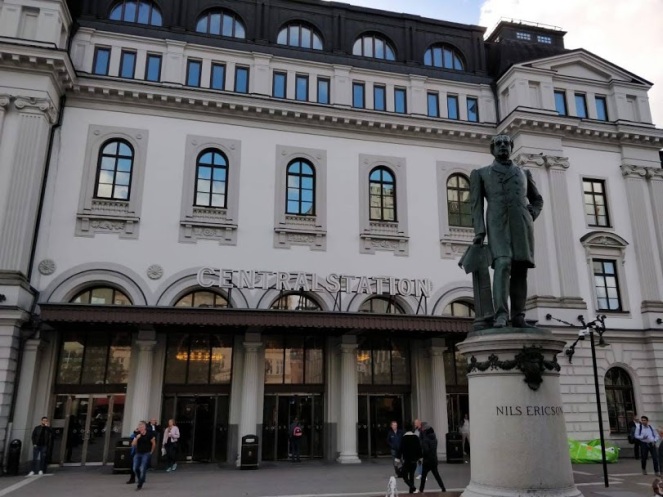 This is one of the best & most famous museums. Vasa museum has the world’s only preserved 17th century ship. This ship was a beloved boat of King Gustav II Adolf, and he wanted it to be the best in the world but unfortunately the ship sank just minutes after setting sail for the first time! 333 Years later it was pulled from the depths of the sea & preserved here!

There are also Nordiska Museum, ABBA Museum, Museum of spirits and Aquaria Museum worth visiting.

Our personal favorite was Skansen – Sweden’s first & one of the world’s oldest open-air Museum.

It showcases the whole of Sweden with traditional houses and farmsteads from every part of the country. 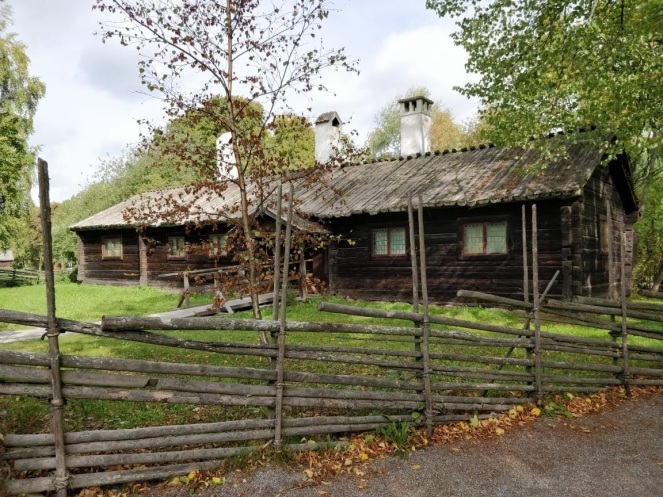 This is also the world’s only open-air museum with wild animals – Nordic wildlife, rare breeds, pets and exotic creatures. There is a special Children’s Zoo which features domestic animals such as cats, rabbits and guinea pigs, as well as small wild animals. The Skansen Aquarium showcases variety of exotic aquatic life.

We had peacocks walking all around us! It was awesome.

More than enough reasons to visit!

It is so big that it cannot be explored without a map in hand! Half a day can be easily booked for exploring this one. All required information is available @ http://www.skansen.se/en/

The Drottningholm Palace, built on Island Lovön in the 17th century, is one of Sweden’s best preserved royal palaces. It is also the private residence of the Swedish royal family and one of Stockholm’s three world heritage sites. In fact, it was the first Swedish attraction which was put on UNESCO’s list of World Heritage Sites.

Stockholm to me seemed like a round-the-year destination. While Europe is mostly famous for its summers, I personally loved being there in September. It was cold – but pleasantly cold. There was more than enough sun (unlike winter months when it is dark for a fairly longer time). & things were not as expensive as they would be during summers. I think September is a superb time to explore the city.

While this was my first trip to a European country, during my research I figured out that hotel stay in Europe, especially in the Scandinavian countries, is quite a dent in the pocket! The next-best-option seemed to be – AirBnB! & having experienced it, I now confidently say – it is not the next-best-option, it is in fact the best option irrespective of whether you are planning a budget trip or not. I booked my stay with Sigrun’s & Peter’s & my 3-day stay with them absolutely stands out in my Stockholm adventure.

They were such a sweet family – Sigrun, Peter, their 2 sons – Kay & Alwin & their adorable cat – Ninja!

They had a wooden dream-like house in Backvagen. The location was absolutely perfect – walking distance to the metro station & the city center was only at a 20-25 mins metro ride. It was a residential area with parks & few shops & some awesome eating places around. 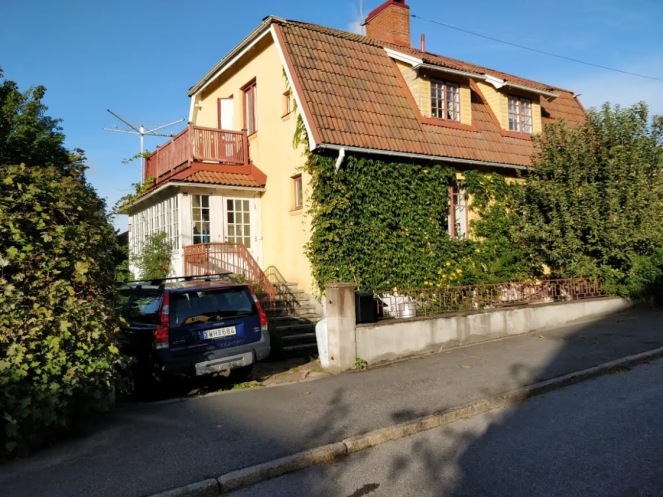 They offered us their basement room, which had an attached washroom. There was a hall as well in extension to the room that we were free to use – though the couch in the hall was mostly occupied by Ninja 😉 In fact they offered us to use their entire home – as we liked. I was really moved & amazed with the trust they showed in us & with their hospitality. They opened up their kitchen to us – we were free to use & consume stuff from their fridge & cook whatever we liked. In fact we had breakfast with Peter one morning and from Indian cuisines to British rule in India to taxation in Sweden to places to see in Stockholm – we discussed it all! It was a bright & sunny morning & we had the best conversation ever.

I instantly fell in love with their awesome garden.

They had grown several vegetables & fruits – they had several apples & Pear trees. In fact when we were leaving Peter asked us to pluck as many fruits as we liked from his garden & take with us! I filled my entire food bag with apples & pears from his garden!

During the day I would settle into their hammocks & laze around in their garden. I would often run into Peter and we would sit & talk – random things. He would show me his house & what all he had built & what all he planned to – woodworking was his hobby & he was practically renovating his entire house.

They had a trampoline too – most of the gardens had one I observed – & randomly we would go jump on it!

I was also invited over for an after-dinner Fika one evening & met one of their family friends – Tina Namdar. What a lovely lady she was! She was a Persian who happened to have stayed in India a very long time back – in 1987! She was a tour guide for Lotus Temple at that time. While I had no idea how Delhi or for that matter any city looked like back then – since in 1987 I was just a year old – it was an absolute delight to understand from her perspective how the city was back then. I just had to mention this conversation here – it was an amazing evening I spent with them.

From Arlanda Airport to City

The fastest way to reach the city from the airport is the Arlanda express train which reaches the central station (T-Centralen) in about 20 minutes. The Central Station is the biggest metro station in the heart of the city with connectivity to all possible parts of the metropolis. We, however, chose a cheaper option – bus which was available from right outside the airport & reached the central station in, say, 40 minutes. The tickets were included in the travel card we purchased (I have mentioned about it below).

Stockholm is an extremely cycling & walking friendly city. There are cycling & walking tracks on each side of the roads – almost as wide as the main road itself! However, considering the length & breadth of the city it cannot be covered entirely on foot or cycle. However, it has a super-efficient public transport system (not necessarily cheap though!) – Buses (city buses & Hop-On-Hop-Offs), trams, trains (metro) & of course – boats! The metro network is well spread out across the city. Boats are easily & readily available to the nearby islands. For shorter distances buses & trams work best.

There are lots of free walking tours available, especially around the old town.

The most convenient and economical way to access the city’s public transport is through a travel card or The Stockholm Pass. We bought a travel card with 3 day validity which gave us free access to all of its public transport, against an affordable one-time fee. The Stockholm Pass additionally covers access to some of the museums and also has some sightseeing packages. We purchased the travel card at the airport. It can also be purchased online @ https://www.stockholmpass.com/stockholm-transport/

To sum it up – Rich history, peaceful atmosphere, wonderful Swedish architecture, generous people and the beauty of the sea makes Stockholm absolutely elegant!